The Flamethrower – A Man’s Way To Set Things On Fire 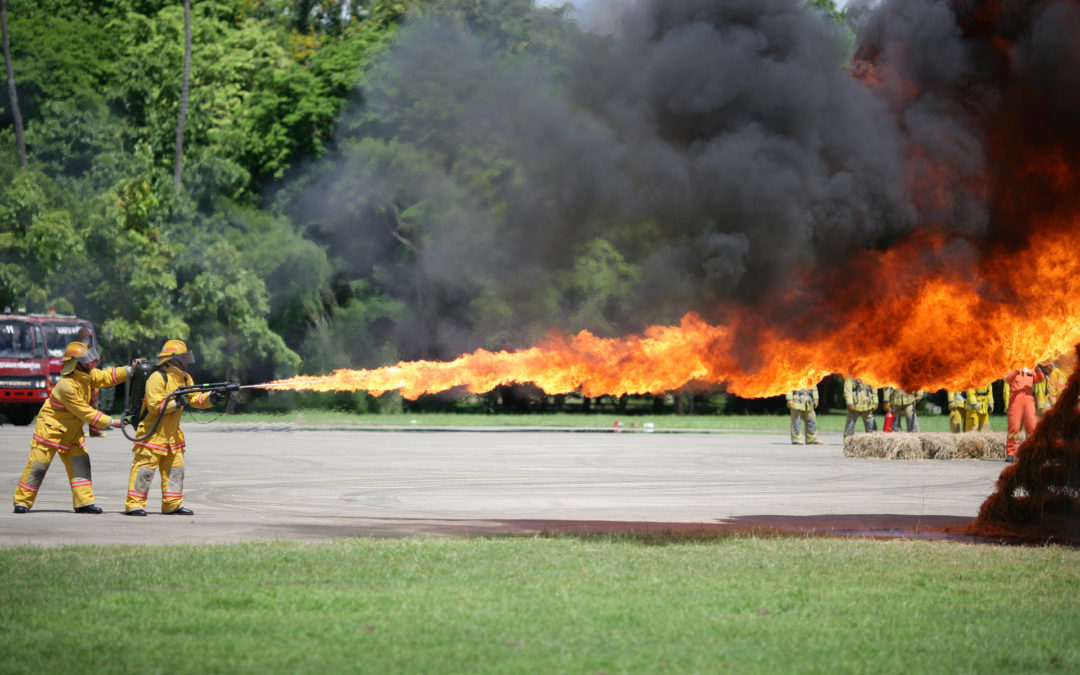 Let’s examine the Flamethrower, man’s invention to set fire to things that are out of arms distance. I mean, the portable version appears to be created by a German in the early 1900s and has stayed the course of one of the most intimidating weapons in existence. Not really because of the damage because let’s face it, 1 marine can take out 20 flame throwing bad guys in probably a matter of 10 seconds. But just the look it projects to the enemy, be that a terrorist or a pile of trash that has been building up on your land for 6 months. Imagine being in World War I and you look over to the other trench to see 5 motherfuckers shooting flames 30 feet. Now that is a little scary.

Obviously at first, they were large and clunk. Then they figured out to put that bad boy on a backpack, then how to include it on a tank. Yes, rolling tanks that shoot missiles and flame. What a beautiful day to be alive… unless you were the ones trying to stop the flame-throwing army riding in flame-throwing tanks. in 1944, they were known as “Satan Tanks”… I mean badass. Vietnam saw United States innovation mount them to gun boats called “Zippo Boats”. Unless you were outside of 300 meters, your ass could get fired.

Currently, no U.S. law bans owning purchasing and owning a flamethrower. SOme regulations on a state level, but this is America and Americans love their weapons.

You can see more facts here.

As a a mechanical incendiary device designed to project a long, controllable stream of fire, the flamethrower is a first pick in video games throughout history. Again, not because of damage, because of coolness. Watch this video below to see what we are talking about.

There is a company out there called The Boring Company that actually made some flamethrowers for retail. Yes, they made 20,000 of them and yes, they are sold out. They called it “Not A Flamethrower” probably for legal reasons and I am guessing couldn’t ship the propane/gas needed but who cares. It looks awesome and we are very sad to not have gotten one.

And another video of the same toy.

But don’t worry flamethrower enthusiasts, there are other products on the market if you absolutely, positively need things on fire and can’t walk the hell over there with your bic lighter. There is a company called X Products that sells the XM42 Flamethrower.Currently as of this writing you can get the lite version for $630 and a bigger handheld one for $981. If that is not enough for your needs, they have a ones that go up to 3K and will probably burn the sarcasm out of your punk-ass nephew. 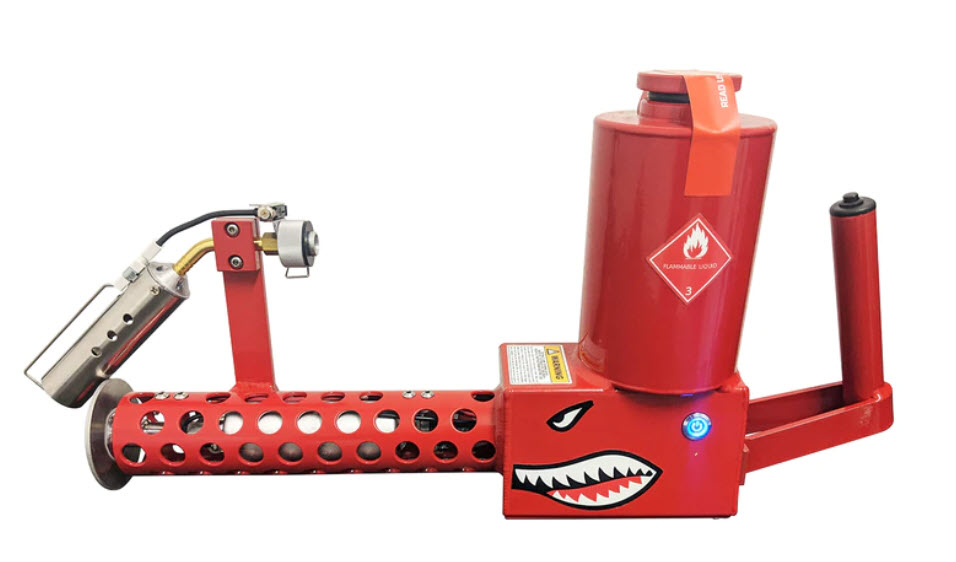 That being said, one of the greatest comedians of all time, George Carlin, has some funny thoughts on the subject of the flamethrower.

Our lawyer is requiring that we mention flamethrowers are a weapon and should be used with extreme caution. No kids should have them and no idiot should be using them around kids. They can hurt and injure and kill very easily. You need to be a professional to use one of these. SO be like us and watch videos, make comments and jokes.