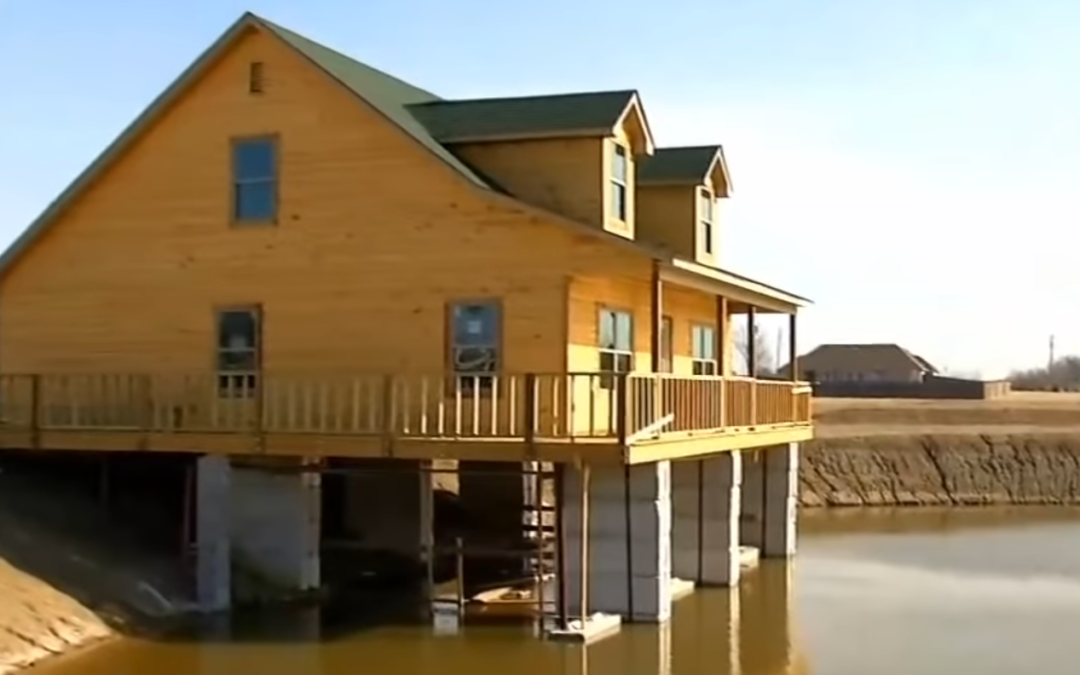 A man from Oklahoma build his dream house over a pond so he could fish from the comfort of his house, and everyone is fascinated by his idea. I mean, who wouldn’t want to be able to do your hobby from your living room. If you love fishing and don’t want to live on a house boat, I have to think this is a great option for you.

Many people have a clear idea and image of how they’d like their dream home to be, a picture so vivid that they can even see and feel it when they close their eyes. One man in Oklahoma, Paul Philips, made his vision a reality by building his dream home over a pond in Skiatook, Oklahoma. One part of his dream was to have a trap door in the living room that will allow him to fish whenever he wants. Sit in a recliner and fish, that would be pretty sweet.

Philips loved fishing so much that he dug a private pond, then built a house over it. This would allow him to engage in his favorite hobby on all three sides of the porch. But the most fascinating thing is the secret fishing hole inside his living room. Hopefully, he made the pond deep underneath his house so he can catch the bigger ones.

When he began constructing the house, Philips attracted the attention of his neighbors and eventually got covered by a local media. His love for fishing made international headlines.

Speaking to News On 6, he explained that the idea came due to his obsession with catching fish. Philips said: “I love to fish, I fish every day.” But it was not until Philips experienced an unpleasant interaction, with a man, while engaging his beloved hobby when he actually came up with a brilliant idea to build a house over a fish pond. Philips explained that while he was enjoying fishing at Lake Oologah, one man approached him, telling him that he wasn’t allowed to fish there. This incidence irritated him that he decided to build his fishing-paradise.

Philip thought to himself: “One of these days I’ll have a place of my own where nobody can tell me I can’t fish there.” According to Tulsa’s KOTV, Philips, a contractor in Skiatook, had been involved in building many houses all over the region. He later completed his dream house, 1,850 square feet, which features three bedrooms, three bathrooms, and a fishing hole in the living room.

Once the home was complete, Philips was quite generous and was ready to share the space with neighbors. He said: “The lady next door, she just loves to fish, and this lady here, she can’t wait ’til spring to get here so she can hear the frogs a hollerin’.” Later Philips revealed his plan to sell the house, hoping to build a much bigger home, on a larger pond, and with bigger fish.