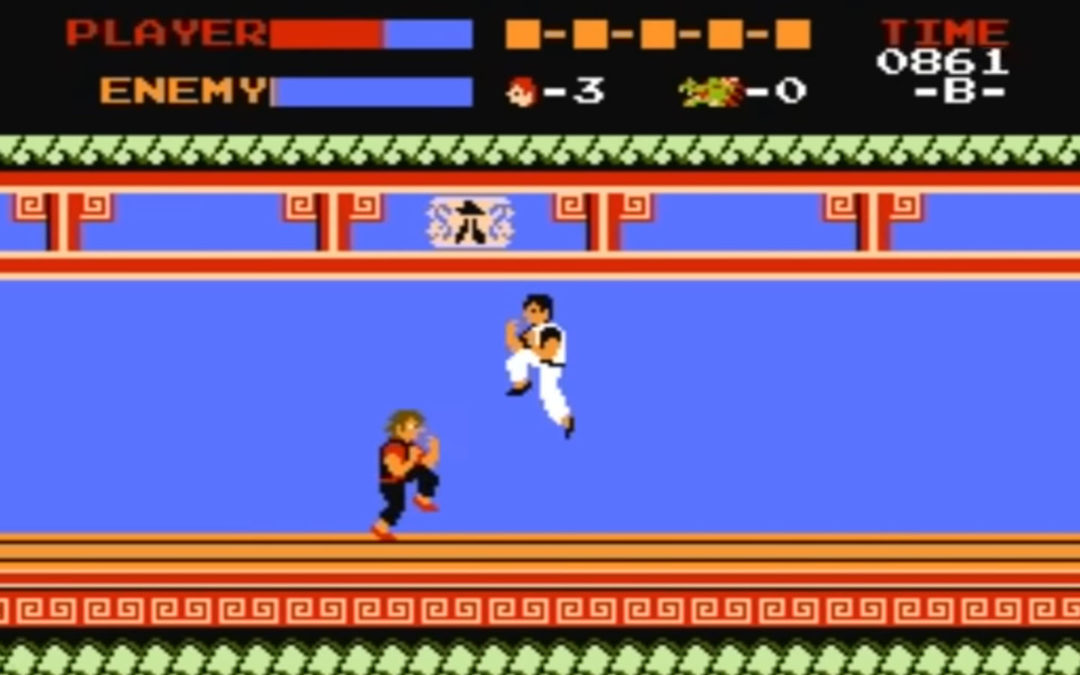 Those of us in or near our 30s, and those who have discovered retro video games on NES, hopefully remember Kung Fu Master. It is a side scrolling video game that was released in 1984. You are a master ninja dude named Thomas. Unfortunately the head dick named Mr. X has kidnapped your lady Sylvia. No you must defeat his henchmen to get her back. As a kid, I beilive the power in this gaema dn why we loved it so much was it;s simplicity. There are only 5 levels with a new boss at the end of each one. The game was no overly difficult or easy, so the normal player could beat it and that was something to talk about.

As for the player controls, you play at Thomas with a four-way joystick and two attack buttons to punch and kick. Unlike more conventional side-scrolling games, the joystick is used not only to crouch, but also to jump. Punches and kicks can be performed from a standing, crouching or jumping position. Punches award more points than kicks and do more damage, but their range is shorter. With knives being throw and enemies being at all heights, you must use all the types of strikes to win the game.

Underlings encountered by the player include Grippers, who can grab Thomas and drain his energy until shaken off; Knife Throwers, who can throw at two different heights and must be hit twice; and Tom Toms, short fighters who can either grab Thomas or somersault to strike his head when he is crouching. On even-numbered floors, the player must also deal with falling balls and pots, snakes, poisonous moths, fire-breathing dragons, and exploding confetti balls. Not your normal dojo my friends so keep your head on a swivel. 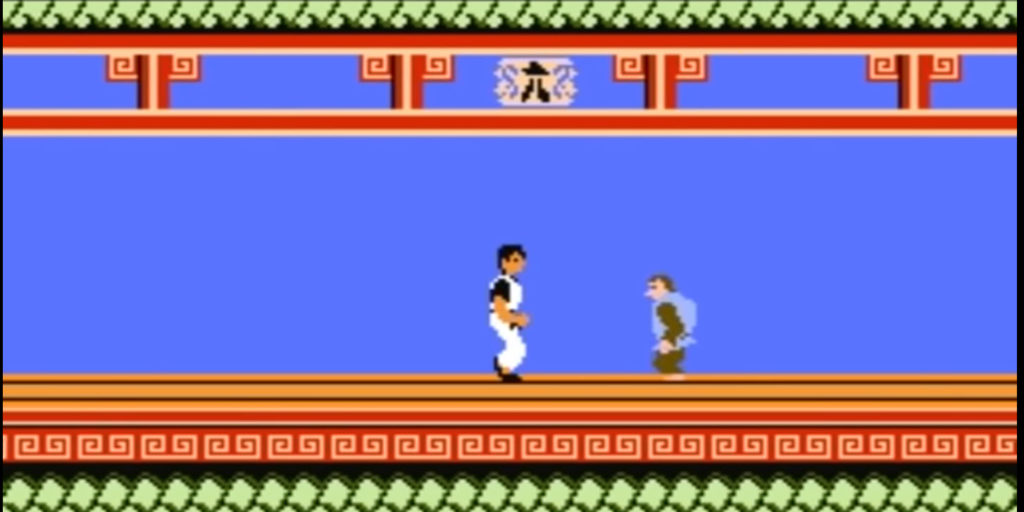 Here is a complete walkthough.

The Devil’s Temple (badass name right…) has five floors. In order to complete a floor, Thomas must connect enough strikes to completely drain the boss’s energy meter; he can then climb the stairs to the next floor. You do have a fixed time limit to complete each floor; if time runs out or Thomas’s meter is completely drained, the player loses one life and must replay the entire floor. So don’t dilly-dally and get through this thing.

Now a lot of people will get Kung Fu confused with the other NES karate game called Karate Champ. They were both released in 1984 but the differences are huge. When it comes to Karate Champ, unlike most later fighting games, there are no health bar or hit points. It is one vs one play. A hit successfully landed ends the round and earns the player or his opponent either one point or half point. The first to score two points is the winner. If the player loses a battle, the game ends. It was definitely harder than Kung Fu and that mullet wearing referee was a punk ass. Either way, don’t get them confused. A fun note, the creators of Mortal Kombat have said the fighting style in Karate Champ influenced their first thoughts on their game. 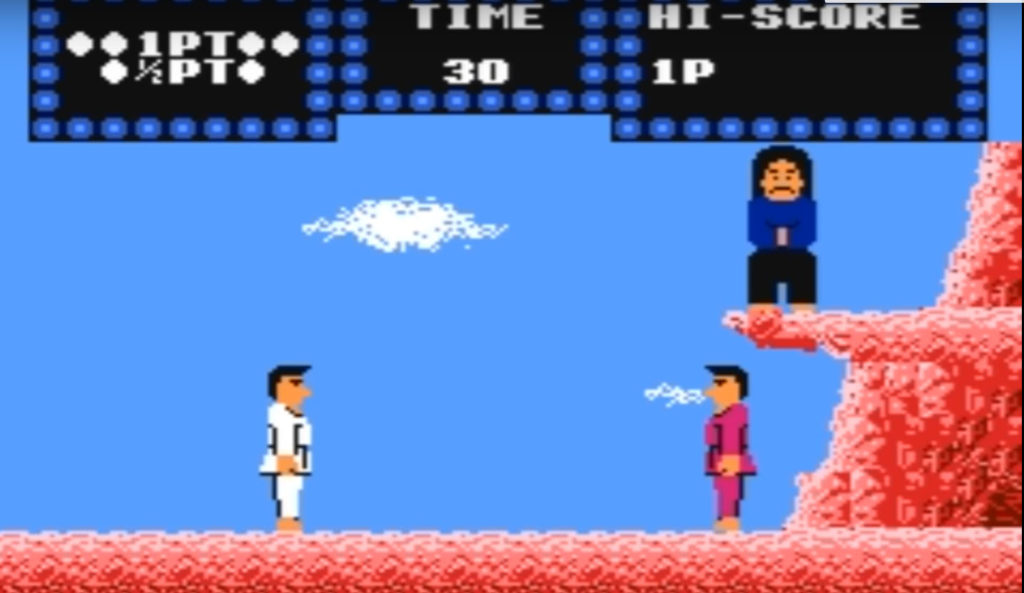 Here is a Karate Champ walkthrough