How To Cheat At Carnival Games 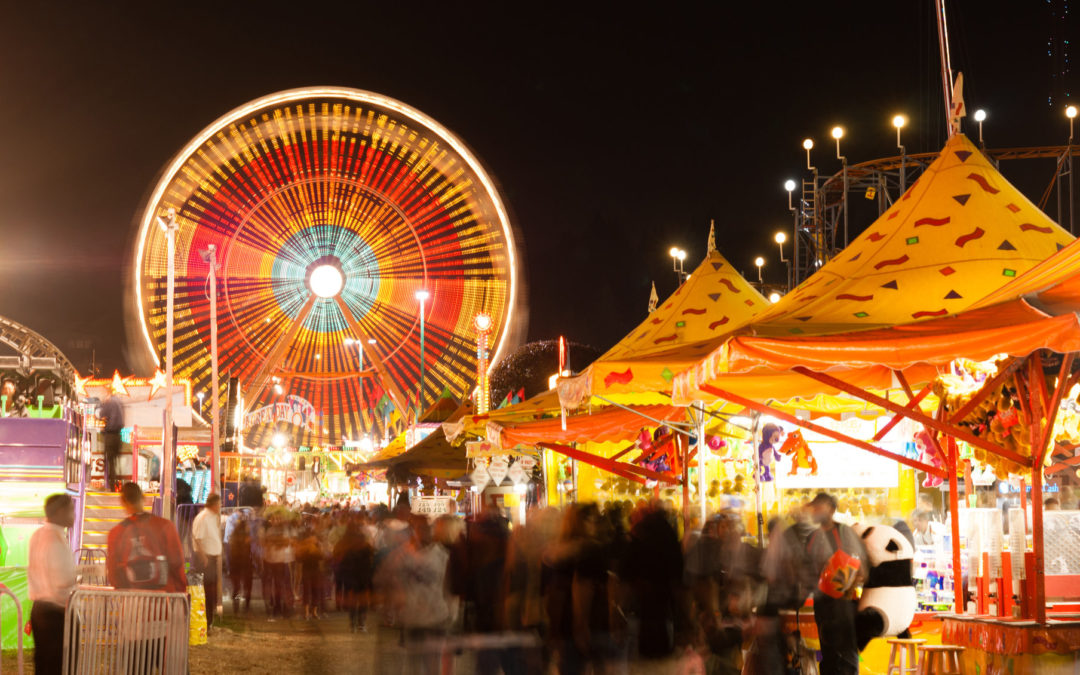 We have all been to the local carnival and dropped countless cash on trying to win someone special a prize. Yes, we know the company probably pays cents on the dollar for the stuffed animals, toy planes and knick-knacks, but we still want one. Our screaming kid still wants one. If there was an option to buy one of these things for $20 as opposed to trying to win the dame thing we would be all on board for that approach. But it is not an option. They make you throw the ring or the ball or the dart and win at this clearly rigged game. There is a reason carnival games have a bad reputation., It is because for decades, they have rigged the game in their favor. But now, we share with you how to cheat at carnival games.

Well we want to change that right now and teach you how to cheat at carnival games so you have a better chance to win. I mean, even though you know the basketball hoop is just barely bigger that the ball and that the rim has no give at all, you still need to put up the perfect shot to win the prize.

This video does a nice job showing the scams. He uses science on how the games are rigged and nearly impossible to win.

Balloon Darts
If you want to pop a balloon and win your lady a prize by playing balloon darts, you need to remember a few things. The balloons are underinflated and the dart tips are dull, so throw the dart as hard as you can. Really wing that bastard towards them. Also, a lot of times the best prizes are almost always behind the balloons on the edges, since most people tend to aim at the middle.

Ringtoss
Know before you chuck your money down… the rings are barely big enough to go around the bottles. Plus, they’re made of hard plastic that bounces if you don’t land the ring directly on the bottle. If you want to win, put spin on your throw to slow the ring’s momentum and hope it settles in smoothly; it’s all in the wrist. You want to snap your wrist when you throw in order to achieve the greatest possible spin. This stabilizes the ring and makes it easier to land on the target. If you miss by even a couple of millimeters, you will not win and feel shame.

Milk Bottle Toss
For the milk bottle toss, know that the bottles are weighted down and extra heavy. This is one of the more winnable games, if you know what you’re doing. Many carnivals use leaded glass for the bottom bottles, making them heavy enough to withstand getting hit with a ball (a ball that is sometimes filled with cork to make it lighter, no less). In order to knock them down, aim between the two bottles at the bottom, not the intersection of all the bottles. And again, throw as hard as you can. 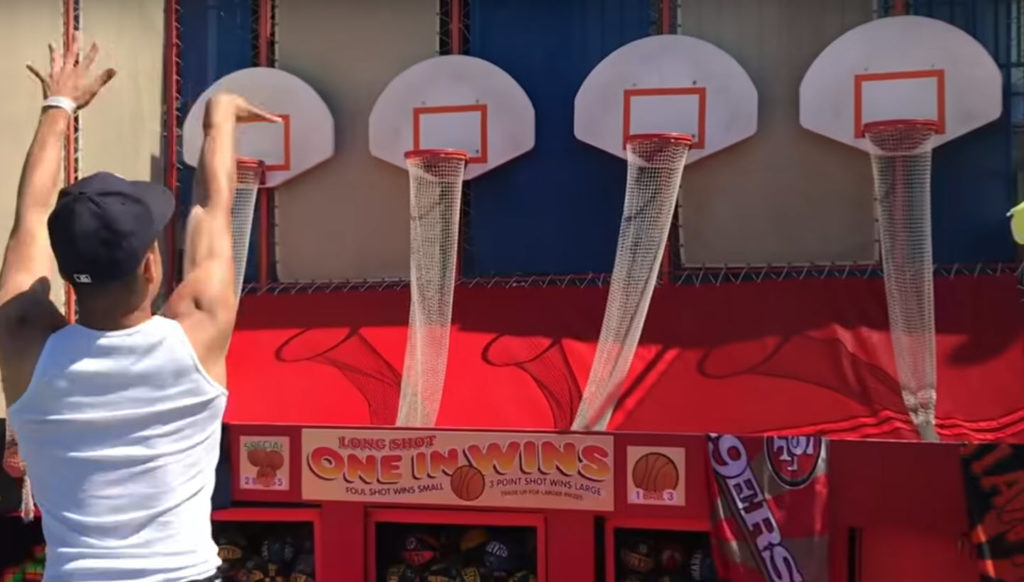 Basketball Toss
If your free throws swish through nothing but net, then you have a chance. If you hit anything, you are toast. The problem is some of the worst tricks at the carnival: an overinflated ball, an oval rim that’s smaller than a normal hoop, and a hard backboard (often plywood) that ensures the ball flies off if it makes contact. It is a swish or nothing.

Rope Ladder
It has a razor-thin margin of error, but once you figure it out, you can win every time. That is why the worker is so good at it, they had a bunch of practice and can replicate. The trick is to avoid the rungs, as they will unbalance you. Instead, slowly work your way up the ropes, moving your right leg with your left arm and vice versa. Don’t rush—if you move too quickly or your limbs aren’t in sync, you’ll topple over. So listen to Blifaloo.com, ignore the rungs and only use the outside ropes to climb on. If you move both hands or both feet at the same time because you’ll lose your balance.

Ball Toss Into Tub
This may be the best-rigged carnival game: Attendants use a deadened ball while they’re demonstrating, which makes it more likely that the ball will remain in the tub. However, when it’s your turn, they hand you a bouncy, lightweight softball. The basket toss seems deceptively easy, but it’s not. You should lean over to get as close to the basket as you are allowed. Toss the ball gently using some backspin. Aim for the inside upper lip of the basket. 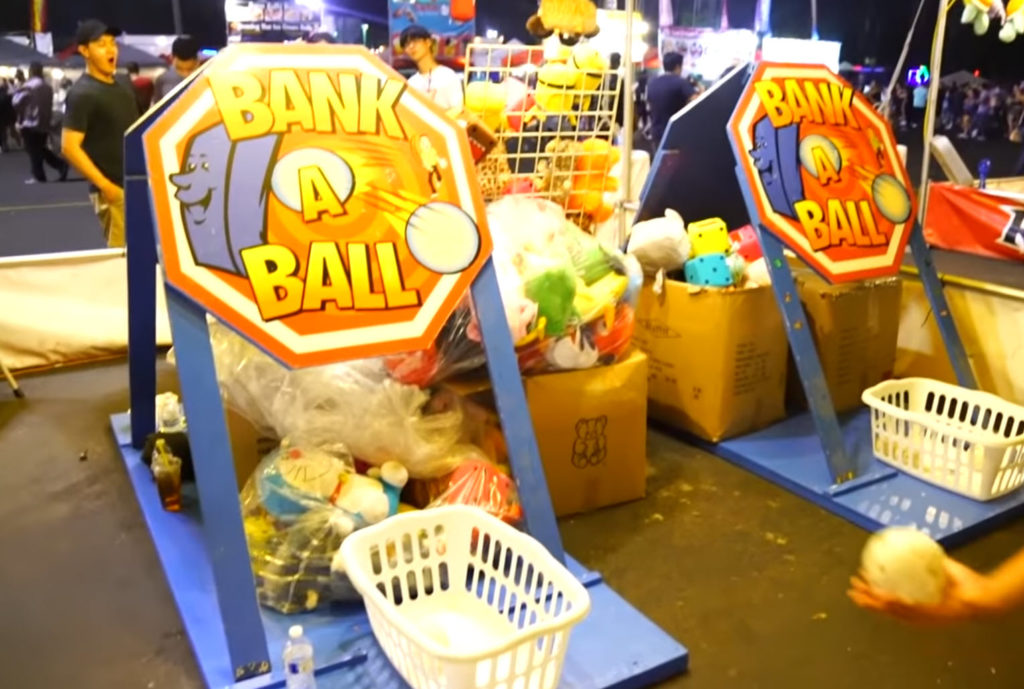 Here is guy who does pretty well hacking the carnival games.He wins a lot but i’m sure there is practice involved on how he can cheat at carnival games.

Water Gun Race – The trick to edging out your competition is to line up your shot and squeeze the trigger before the bell even rings. 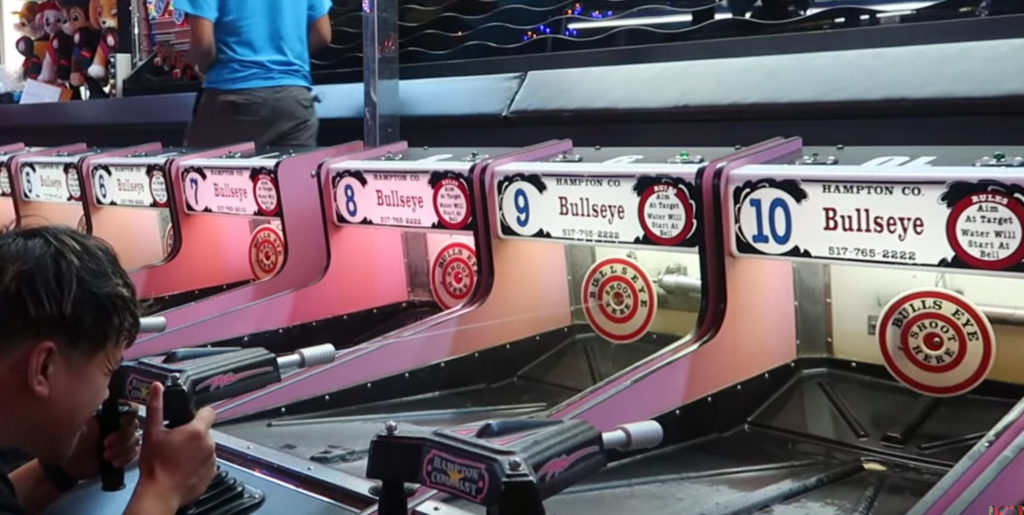 Guess Your Birth Month, Not Age Or Weight – Unless you are significantly overweight or really don’t look your age, it’s best to have a carnival operator guess your birth month. However, you should say that your birthday is in October even if it’s not. Here’s why: The carny uses a trick (not all do) they will scribble down something you can’t really tell in-bewtween Jun, Jul, or Jan. Then claim the one that has them win.

Test Your Strength – This is a game of brain over brawn so relax a little bro. The game has more to with accuracy than it does with possessing an enormous amount of strength. The real key is accuracy, hitting the center of the pad squarely (not at an angle) with the mallet. 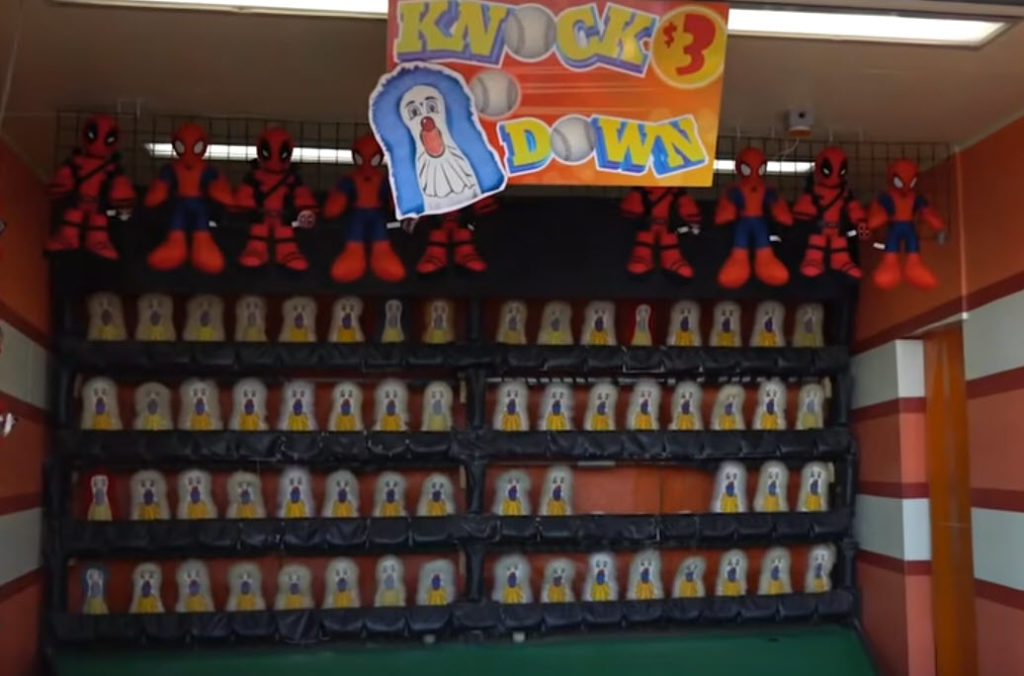 Cat Rack Game – To knock down those resilient little kittens in the cat-rack game, use a gentle dart motion and aim for the noses. It’s about angles and targeting, not brute force. Again, calm down bro.

Milk Can Toss – The opening of the can is only 1/16 of an inch larger than a softball. Everything is against you. But believe it or not, you can get the ball in. It’s all in the wrist. Give the ball a bit of backspin and hit the back of the can’s rim.

Shoot Around The Star – According to numerous sources, the way to beat it is to shoot around the star to make a circle so the paper will fall out with the star. Note that the gun barrels are often bent, and their marks are not accurate. It’s important to gauge just how far off the mark the gun shoots and adjust your aim accordingly within the first few shots. 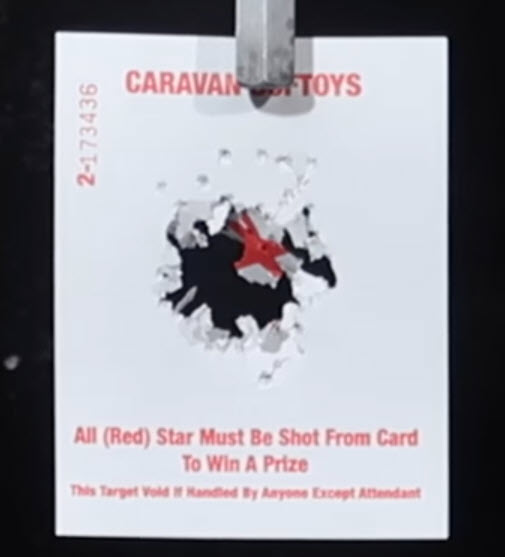 There you have it. If there is a way to win at a certain game, we have outlines it for you. Keep in mind though, most of them are unwinnable and expect you to think you can do it. $15 later you have a small 40 cent toy and a bruised ego. But hey, these are fun and who knows. Spend $10 a have a good time. Or you can go to Calplush Toys, order a huge one and carry it around tehe carnival so people can ask you how you are so cool and won the big game.