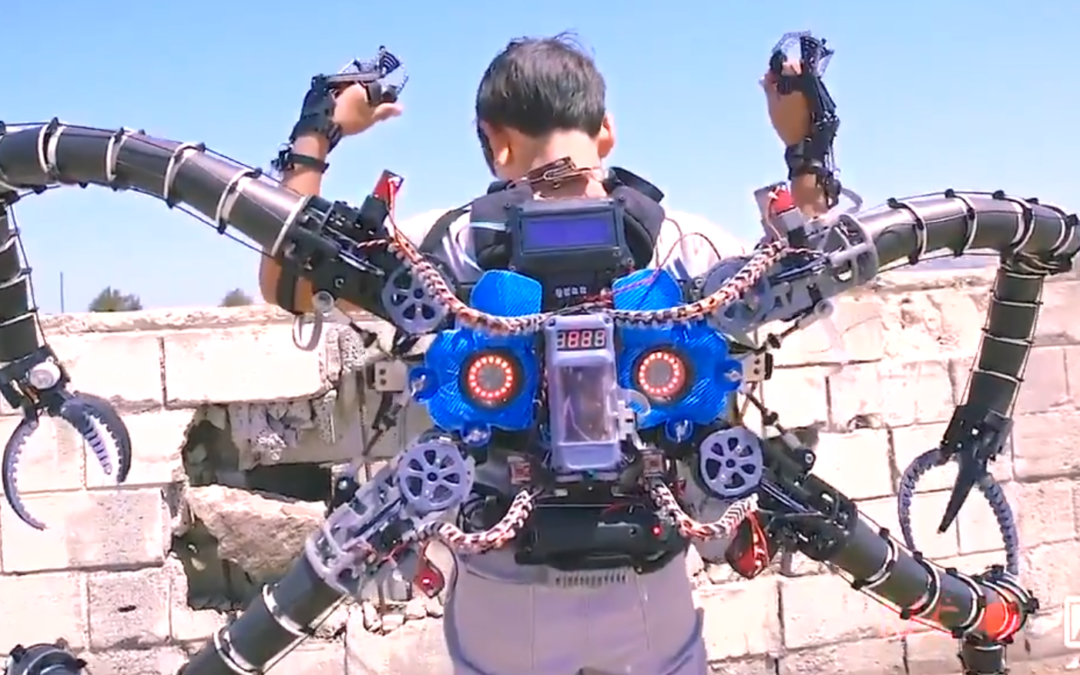 19-year-old Erik Finman, a Bitcoin millionaire, took some free time to make a functional Dr. Octopus suit. Besides looking so cool, it also works as a prosthetic prototype. So lets break this down a little bit… What was I doing when I was 19 years old? Definitely nothing constructive. Not changing the world and not inventing great things that can help society…. unless you count the time we poured 4 different liquors into glass, added soda and then gave it a funny name.

Bitcoin… that is really beyond us because I have no clue how to buy, mine or make money in that atmosphere. But you know, I guess new digital currencies is a young mans game. I have enough trouble getting enough dollars for rent, food and high end prostitutes. There is no room to figure out those bit coin conversions.

Doc Ock… now we can get behind comics, Spiderman and becoming a super villain. That would be good times. The suit, which is really more of a wearable robotic prostheses, is modeled on the four-armed contraption belonging to Doctor Octopus in the Spider-Man comics. The idea is that these highly advanced mechanical arms can give their wearer the ability to augment their abilities with the addition of four extra limbs. Via Digital Trends. And when a Teenager Creates Doc Ock Arms, it is just pretty cool.

Check It Out Here: